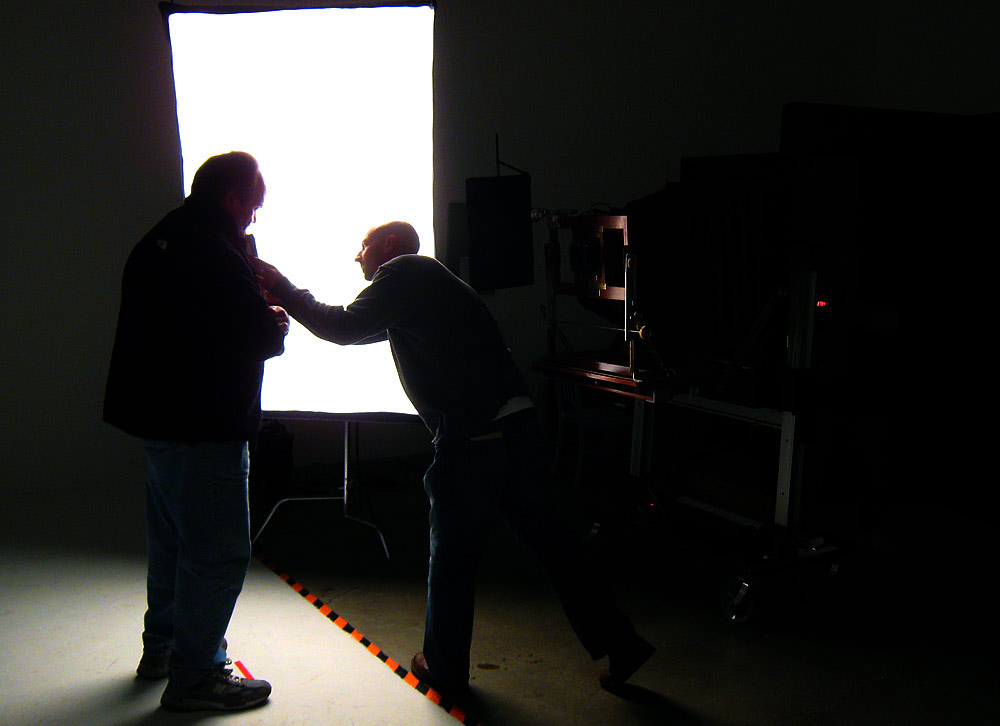 When I first met San Diego based portrait and commercial photographer Tim Mantoani at spring training in Arizona 16 years ago I never would have guessed that he would become one of the most important photographers of the 21st century. Back in the glory days of the trading card companies there was a huge group of us who spent each March soaking up the Arizona sun shooting baseball games (on chrome of course!), playing over-the-line, and going out to fun restaurants. Our ring-leader was our good friend V.J. Lovero from Sports Illustrated. One particular spring V.J. brought a new photographer to the Cactus League to work his magic for Upper Deck. Any friend of V.J.’s was a friend of ours, so it did not take long for Mantoani to fit right in with our group, especially after he made on of the greatest catches in over-the-line history on a wet patch of grass in Tempe.

After our first meeting with Tim it was so much fun to watch his career rise as his portrait work started impressing more and more clients. In 1998 he came out with his first book: Mind Games: Explorations into the Mental Arena of Sport. I can still remember picking this book up at the Borders in my town and being blown away by seeing so many amazing portraits of athletes all together in one book. Tim wasn’t messing around. The Bay Area kid who grew up rooting for the San Francisco Giants, learned photography at Brooks Institute, and saw his future under the tutelage of Dean Collins was well on his way. However, many of us did not know where he would end up or how he would get there. 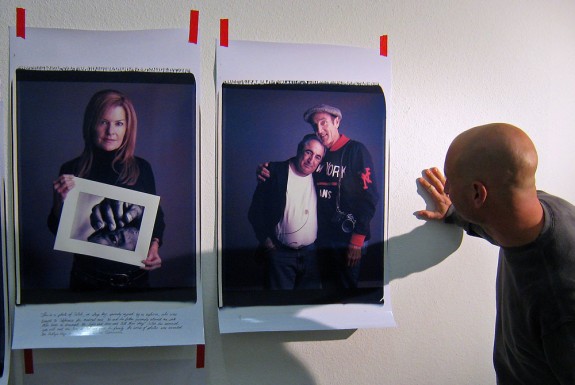 At age 30 Tim was diagnosed with a rare form of bone cancer. He did radiation, had ½ his femur and knee replaced and did months and months of chemotherapy. He realized through that process that life is short and you need to live now. It forced him to take a risk, and finally he just got off his ass and embarked on the personal project of a lifetime: Behind Photographs. Tim wanted to photograph photographers and their iconic images. Tim knew he wanted to capture the prints at close to actual size. He had heard about the 20×24 Polaroid and it seemed like a unique format to test out.  There are only two of these cameras readily accessible in the U.S, one in San Francisco and one in New York. He took a trip up to see his parents in San Francisco and booked some time with the camera. His first subjects were Jim Marshall and Michael Zagaris in December of 2006.

“At the end of the shoot I asked each of them to sign the bottom of their print and to write a short story about the image. There was something special in the resulting images, the photographer, their image and their story in one place. I felt like each image was a time capsule and that these images would be a way for future generations to be able to see these photographers and every detail in their face and eyes,” Mantoani told PhotoShelter in June of 2010. 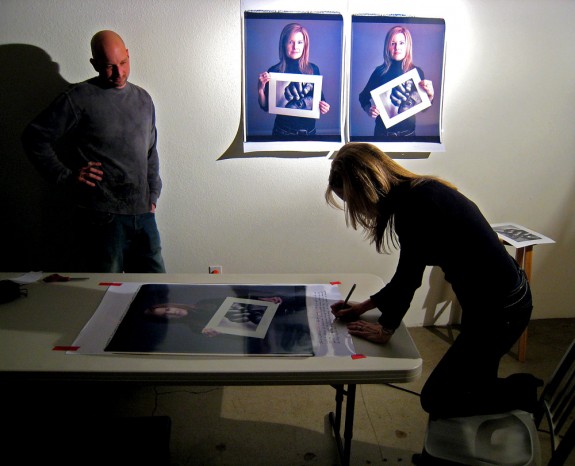 I visited with Tim during his trip, right after he photographed Marshall and Zagaris. I could tell how excited he was as we had lunch in downtown Pleasanton and talked about the possibilities of this project. There were so many photographers he just had to get, and so many iconic images that needed to be included to make this project relevant. It was fun to throw some ideas and names at him, some of which he liked and others that he probably didn’t. In the beginning it was hard to get some of the “big names” in the business to buy into this idea and really understand what Tim was doing. He was documenting the history of the photographers who documented history! As word traveled more and more of these people realized that they WANTED to be included, and soon some people were calling Tim and asking to be photographed.

I was thrilled to be able to help Tim out every once in awhile with an idea or a phone number of a new subject for his project. Luckily one of the cameras lives just an hour from my house at Left Space Studios in San Francisco, so I was able to watch Tim photograph several of my friends for the project in person. One of the most special days I remember was on January 11, 2008 when Tim was scheduled to photograph Bay Area Pulitzer Prize winners Kim Komenich and Deanne Fitzmaurice. Knowing he was in town Tim’s good friends, and original subjects Marshall and Zagaris dropped by the studio to hang out and give Tim a hard time. While there they posed together so Tim could shoot a portrait of these two long-time friends. Tim shot one frame (see above) and it was magical.

Tim has always been a big supporter of his alma-mater Brooks Institute in Santa Barbara, so when he had a gallery opening of his project at one of their campus buildings in downtown Santa Barbara on August 6, 2009 I had to be there. My good friend and Brooks instructor Joe Gosen came along with me and I can honestly tell you I have never had more fun at a gallery opening of any kind. Having the chance to see life size prints of the photographers holding their images, and being able to read their comments in their own writing was a real thrill. They were also serving some very nice champagne.

Over the past several years I have also had the chance to see Tim photograph more luminaries in New York City during Photo Plus Expo. Watching John Iacono and Vincent Laforet pose for Tim was a blast. The project kept growing and Tim had photographed well over 100 different subjects. The cost of the Polaroid film kept rising and there had to be an end in sight so Tim could start thinking about the possibility of a book. One of the final legends Tim was pursuing was iconic sports portrait photographer for SPORT magazine in the 1950’s Ozzie Sweet. Once Ozzie was photographed earlier this year is was time to put the finishing touches on the edit of Tim’s book showcasing his project.

Tim Mantoani poses with his portrait of friend Michael Zagaris during his gallery opening at Brooks Institute in Santa Barbara, California on August 6, 2009. (Photo by Brad Mangin)

Tim’s dream has finally become a reality as his book “Behind Photographs: Archiving Photographic Legends” will be released in November in 2011. The book is 11×14 inches in size and 220 pages. To help fund this project Tim has posted a Kick Starter page to offer regular edition books, signed limited editions and prints. I just finished pledging to back this project and I encourage everyone else who loves photography to do the same.

With the publication of this book Tim has etched himself into history as one of the most important photographers of our time. The great thing about about Tim is that despite his new-found notoriety he is still just Tim. He can’t smoke ribs in his Big Green Egg as well as Chris Covatta and he dines with us common folk at Denny’s. Congratulations Tim! I can’t wait till we can celebrate your new book here in San Francisco.

What Others Are Saying